This crowdfunding case study is how a client of mine, Mous, raised over $2.2 million from 54,653 people and became a global brand.

Mous started off as a bootstrapped startup in the UK. They wanted to create ultra-protective and stylish phone cases. The team didn’t have much marketing budget but had founders who always gave 110% in everything they did.

Hustlers at heart, we worked together to launch the most funded phone case ever on a crowdfunding platform.

This is a case study of how we did it:

The mobile phone has now become one of the most important items for people. A product that protects your phone AND looks awesome is something people want and actually get excited about.

The team created a new ultra-protective material called “AiroShock” that lines the phone case and absorbs any shock upon impact.

The cases are also beautifully made from authentic materials. Look at them here. 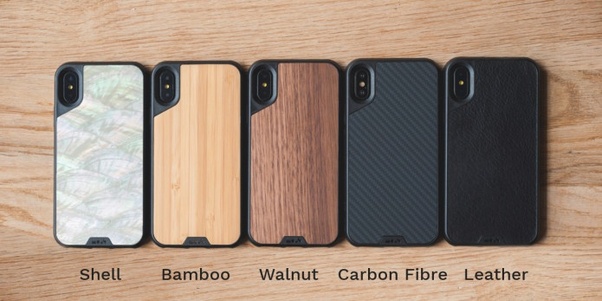 Basically, you need to make sure that your product is something people actually want. Sure you can create a doodad and throw a bunch of money and strategy into it, but if it’s something no one actually wants then it’s just all a waste of time.

We did a lot of deep research on the existing phone case marketplace. This was a risky venture: there are huge brands out there like Otter and Tech21 that dominate the market for phone cases. These brands also make an attempt to marry extreme protection and style. What we did find though were two very key things:

We immediately saw an opportunity in the market to create a lifestyle brand for the most protective and stylish phone cases.

Early testing came in a few forms for this product.

1. We ran surveys to understand consumer feedback on the product

The 2 founders in the UK and I worked together to understand more about how people perceived the product. We ran surveys to understand which features were important to people, what price points people are comfortable with and anything else we can find.

One key finding from our surveys was that people much preferred the Bamboo case to other cases, which led the team to save money down the line in terms of production and inventory since they were dealing with so many SKUs. They were only producing the right amounts of product to meet the right demands.

2. We strength tested the product to make sure it actually works

The other 2 founders relocated to China to be close to the factory. They conducted numerous rigorous drop and strength tests for the cases.

They smashed the case with anything tough they could find.

They went up buildings and dropped the case.

They asked random strangers to throw cases on the ground.

We knew that we wanted to sell these protective and stylish phone cases to a millennial crowd – the people who were always with their phone and always scared to drop it (how else would they contact their friends or take pictures for Instagram?!).

The way to get to them is through good visual content that is personable and fun (think Buzzfeed videos, Tasty videos, LadBible videos).

Content is one of the things that won it for the Mous team.

Remember earlier when our research uncovered that other phone case brands were too “corporate”? We worked to make sure that this brand would be the complete opposite.

Luckily the founders are already a bunch of British guys you’d want to grab a beer with so it wasn’t hard to make good and engaging content with them as the focus.

Every step of the way we made sure there was content.

If the 2 founders in China were out testing their product, they always had a camera with them to take pictures of results and film what was happening.

If the 2 founders in the UK were out talking to people about their product, they were always filming or taking pictures.

And every piece of content they created was fun and personable.

Here’s James, one of the co-founders, on a crane about to drop his phone 45ft down to test if the case works or not. 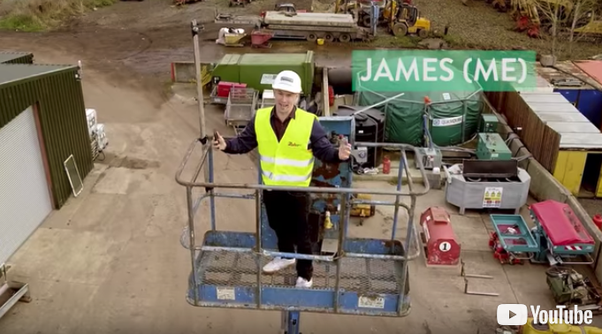 At this point we had done some solid research, we knew the product was sexy to people and was going to work exactly as planned and we had some solidly good content.

The next step was to figure out an offer that entices people as we move closer to launch. We decided to provide an early discount to the select few who believed in us and gave us our email to be notified of our launch.

This allowed people to get exclusive information about the product in its early stages and exclusive early-bird discounts when we launched.

Build a fan base

This was a combination of paid social advertising and aggressive social media marketing.

We started building our social media presence as early as possible because we knew this was our advantage over other brands in the same space. Since these guys were so personable and offered so much on-screen, we led with a social-first strategy.

With all our content, we made sure to ask two things of people:

2. For them to share our product with their friends

We built up a landing page to collect emails and add people to our exclusive mailing list. We included:

This combined with our social-led strategy helped build up an email list of about 10,000 interested people. This offered us our early fan base and also provided validation that people wanted the product and that what we were doing works.

When someone joined our email list, we made sure they received a personalized email from the Mous team to welcome them to the family and joining a community of fans.

Leading up to the launch we planned various emails to get people excited and prepped them to get the product. We sent out emails a week before launch, a day before launch, one right at launch and then another one 6 hours into launch.

The emails before launch made sure people knew what time and date we launched so that they would be able to access the very limited early deals we were offering. Getting those people buying early is a win-win, they get cheaper prices and we’ll get that social proof that people actually want the product.

The blueprint for a successful launch

So there it is, that’s what we did to launch a new global brand. We got 54,653 people to buy phone cases and raised more than $2.2 million.

Throughout the entire process, the founders worked together tirelessly to make things happen and GSD (get shit done).

And guess what? Success leaves clues. That’s why I’ve taken all of the learnings from this campaign (and others) and created an online Masterclass for you. Inside, I go through the three secrets to the crowdfunding success of all campaigns. It’s a blueprint of sorts for anyone who wants to get 100% funded. A successful strategy is one thing, bringing it to life is another. Head to watch the video now.

If you got value from this article or found it interesting, it would mean a lot to me if you could share it on Twitter. Hit me up and let me know what you thought!

We’re here to help you crush your crowdfunding campaign and fund your dream. Our team has helped creators successfully launch and raise over $13 million on Kickstarter and Indiegogo. We’re so excited to help you on this journey to launch!

Join hundreds of other creators who read the newsletter each week. By subscribing today, I’ll also send you a little surprise inside!

We use cookies to ensure that we give you the best experience on our website. If you continue to use this site we will assume that you are happy with it.OkCookies Policy